If you follow me on twitter then you already know that this month is the first month where there won’t be a major update to electric noir.

this'll be the first month since I started doing monthly releases of @electricnoir that I'll miss my intended goals 😢. They were really ambitious but it still feels kinda bad. Anyway, December should have some cool new stuff. I'll post an update to the EN blog in a few days.

This is tough for me to write because I really wanted to get this release out, not only because i had a lot of exciting additions planned but also because I committed to having a new update to electric noir each month.

The changes I’ve worked on so far will get rolled into December’s release, so there should be an extra special update to the game by the end of the year.

So what have I been working on this November?

Ivy Automata will be the games first implemented boss fight. She has two really devastating attacks that the player will have to avoid while dealing damage to her. 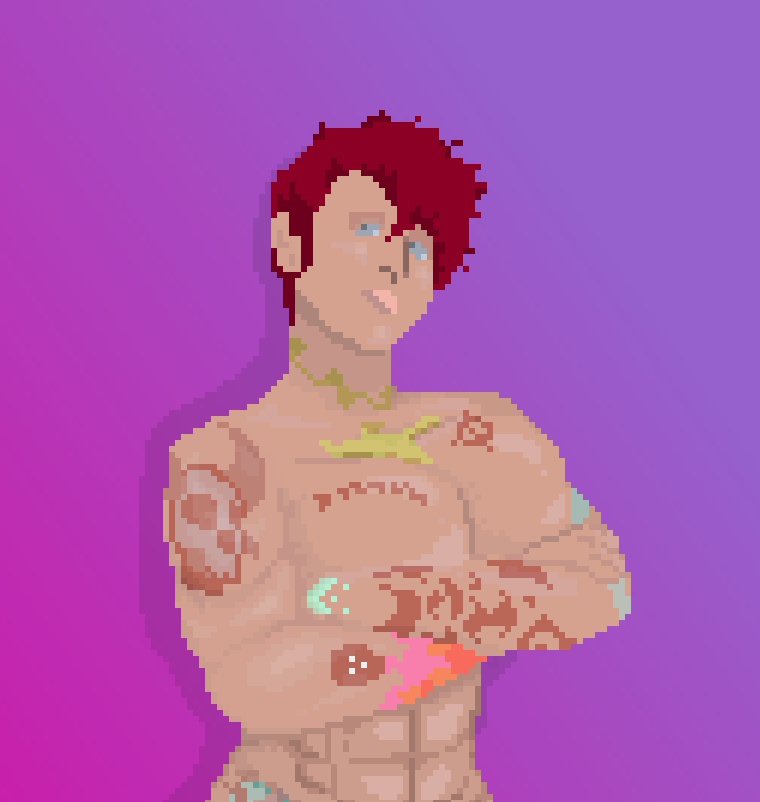 Ivy stares you down. She is a ruthless assassin, one who takes jobs for the challenge, no the credits. Exclusively going after augmented targets to prove her un-augmented superiority by defeating them in hand-to-hand combat, completely naked. She gained a lot of fame fighting in the NonAug circuit, but when that no longer gave her the rush she wanted she started taking assassination contracts. Her tattoos are her badge of pride, she gets a new one with each target she eliminates.

Ivy dashes towards the player and unleashes a devastating heavy punch that can send the player flying back.

Ivy jumps high into the air and slams down onto a random spot with incredible force which will knock the player back and deal a ton of damage.

I’ve been worried a lot about not being able to catch bugs in the combat loop of the game. There are so many possible combinations of actions that the Enemies and the Player can perform that I really can’t hope to reproduce them all with just manual testing. So I spent a lot of time during November building out a script that can drive the player character with the hope that it would tighten up the testing loop for combat.

I was really pleased with the results. The player AI isn’t incredibly advanced, it’s just a script that scans the enemies and reacts to what they are doing, with some randomization thrown in, but it’s already made testing so much easier. I was able to find and fix a ton of bugs in a short period of time, something that would have taken me ages before. I’ve also started using this AI to test out the Ivy boss fight and it’s helped me find and fix bugs there as well.

I’ll write a more in-depth post on how I set up the player AI because it’s something that took very little time but added a ton of value, in the meantime, enjoy a gif of the AI in action!

I’ve got a lot of stuff planned for December, but the main goal will be to finish up the Ivy boss fight and release that along with the combat bug fixes. It’s been a rough month but I feel really really good about the state of things right now, which is better than releasing something half done.